Google+ LCSC Breaking News: Stop the Los Angeles MTA from harassing, fining, abusing and Killing its passengers » Fight for the Soul of the Cities 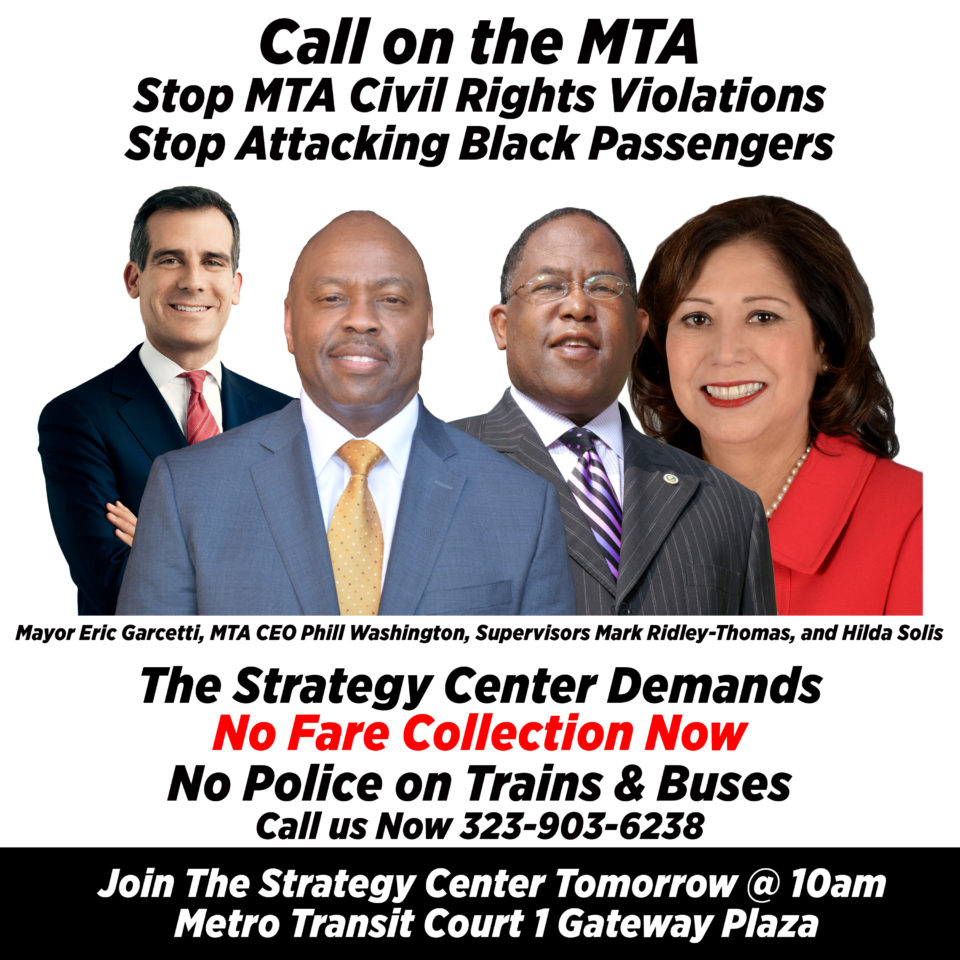 Friday, Sept 1 at 10 AM In Front of MTA Headquarters

Today, The MTA killed one of its passengers

For four years, the Labor/Community Strategy Center and Bus Riders Union have been calling on the MTA to end its Stop and Frisk, harassment, fining, and imprisonment of its passengers—especially its Black passengers. Today the MTA killed one of its passengers. As of now we know that a passenger at the Long Beach station was killed as he fled police in the process of “fare collection.” We have been negotiating with MTA CEO Phillip Washington for more than a year asking the MTA to end all armed and intrusive fare collections and to stop the Stop and Frisk. MTA police and Sheriff’s claim to be checking for fare payment only to “find” other violations—thus stop and frisk. Hundreds of thousands of MTA passengers—especially Black passengers—are treated like criminals on the train, getting fines, arrests, humiliations and now death.

There is no such crime as fare evasion, or possession of “narcotics” or open bottle or eating on the train or body odor or the biggest Black code of all “resisting arrest” and “challenging the police.

Tell the MTA you are tired of their Transit Racism

Prosecute the MTA board for supporting these racist policies

Join us Tomorrow at 10 AM