Google+ Tell President Obama to End the 1033 Program: Stop the War on Black People and Demilitarize Police » Fight for the Soul of the Cities

Tell President Obama to End the 1033 Program: Stop the War on Black People and Demilitarize Police

Tell President Obama to End the 1033 Program: Stop the War on Black People and Demilitarize Police 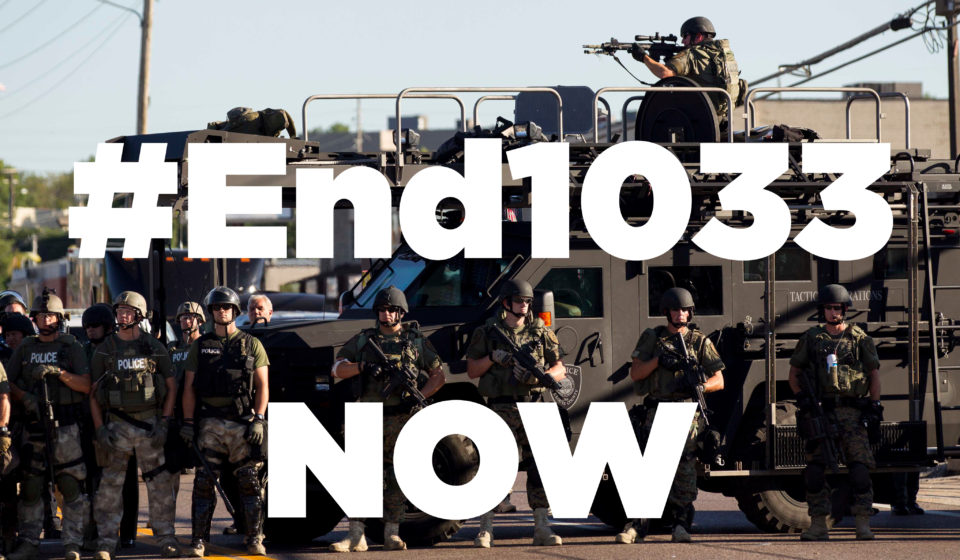 We urge President Obama to immediately end the DOD 1033 program and demand that all weapons are returned to the DOD where they must be destroyed, not used against the U.S. or any other populations.

Why is this important?

The Department of Defense 1033 Program has transferred close to $5 billion in military war weapons to local police throughout the country. These are weapons used everyday by police SWAT teams across the country raiding homes and the militarized police occupations of Ferguson, Baltimore and Charlotte. The existence of the 1033 Program is in itself a civil and human rights violation—it operates as a counter-insurgency program that has contributed to the police and military siege of Black and Latino communities. It is unconscionable for the Department of Defense to give military grade weapons to city and state police forces—including police in schools. We also challenge the ethical rationale of those institutions requesting these weapons. At a time of growing racist rhetoric in the public sphere, the movement needs a major, high visibility test case and Presidential Order that directs an end to the mass occupation, brutality, and imprisonment of our people.

How it will be delivered

Strategy Center’s Fight for the Soul of the Cities, Alliance for Educational Justice, Dignity in Schools Campaign and many of our allies plan to deliver in person this petition with a national sign-on letter calling on President Obama and his administration to end the DOD 1033 Program.