Google+ What’s Really on Trial in George Zimmerman’s Case? » Fight for the Soul of the Cities 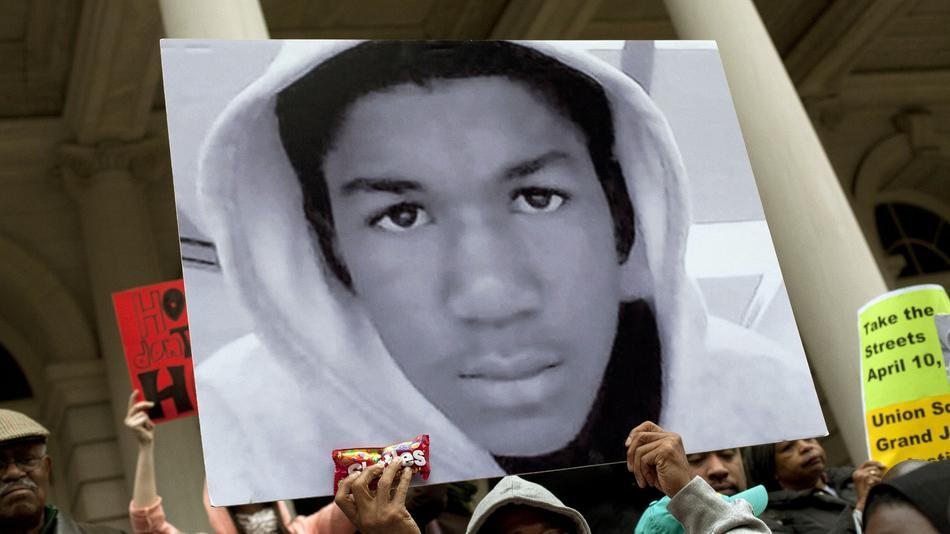 George Zimmerman will go on trial today for the murder of Trayvon Martin. But let’s be clear, within the defense’s opening arguments, for many who follow the trial—which will be televised!—it will be Trayvon Martin who will be on trial.

He in fact already is. On May 23, the Orlando Sentinel offered the following news:

New evidence in Zimmerman case: Trayvon texted about fighting, smoking marijuana about a week before he was killed.

The evidence that George Zimmerman’s attorneys have uncovered on Trayvon Martin’s cell phone paints a troubling picture of the Miami Gardens teenager: He sent text messages about being a fighter, smoking marijuana and being ordered to move out of his home by his mother.

And photos from that phone offer more of the same: healthy green plants—what appear to be marijuana—growing in pots and a .40-caliber Smith & Wesson handgun.

So here we go again with a script deep in the white American psyche: the impossibility of Black innocence.

My first experience with the horror of racism was the murder of Emmett Till in 1955; he was only a year older than me when he died. It was alleged that Till, a 14-year-old Chicago black boy visiting Mississippi for the summer, did not know his place and whistled at a white woman in a store. That evening the husband of the woman and his friend came to the house of Emmett’s grandfather, kidnapped Emmett, beat him beyond recognition, and then drowned his body. When his mutilated body was found, Emmett’s Mother, Mamie Till, insisted that his casket be left open because, in her words, “I wanted the world to see what they did to my baby.” The images shocked the black community and attracted great anger and sympathy from anti-racist people all over the world.

And yet, for some, the debate focused on whether Emmett had or hadn’t made any flirtatious advances toward a southern white woman—with many believing that if so, he had brought his murder on himself.

When I worked in the Newark Community Union Project in 1966-1968 in the city’s black south and central wards, we worked on many community issues including police brutality. In each case we worked to identify the facts of the story and document the specifics of the brutality. I still remember George Richardson, a militant black political figure explaining to us his views on the realities of police brutality cases as if it was yesterday. You know, Eric, in these police brutality cases, we are always looking for the perfect black victim, the completely “innocent” black man, but he doesn’t exist. In our ideal case, a white cop beats or shoots a black man and it turns out it was a black doctor walking down the street doing absolutely nothing when a white cop comes up to him and beats him badly. But that is never the way it is. The guy usually is poor or working class, has a criminal record, he was drinking, he talked back to the cop, he ran a traffic sign, he shoplifted, he ‘resisted arrest’, he yelled at the cop, he raised his hand whether in self-defense or even to fight back. But that has nothing to do with the fact that he was beaten half to death for being black. In every case, the black man is on trial, guilty until proven innocent and you what, for most of these folks, even our hypothetical black doctor could never be innocent enough. Trayvon Martin, an unarmed black manchild leaving a gated community and shot down in cold blood was as close in reality to that hypothetical black doctor as one can imagine, but it did not save him from an early grave.

So now, in this important test case, it’s essential that the civil rights movement and organizers in communities of color put the system on trial—for this trial is not about George Zimmerman alone, but also about how a system that sanctioned the murder of an un-armed black teenager until mass national and international pressure forced a trial. We have to win the argument that there are no extenuating circumstances in the stalking and murder of unarmed black men, and while we are there, we have to win the argument that a pen, or a knife, or a shopping cart, or a parked car or “something that looked like a gun” are not lethal weapons at 15 feet, and that lethal force is not an option.

Every time someone raises any questions about Trayvon, and we can be assured that as the trial goes on, the character assassination of Trayvon Martin will escalate, we have to counter with the most radical and structural demands on the system possible, to shift the therms of the debate and put the system on trial. This tactic—what’s been called “counter-hegemonic demand development”—was the great contribution of the civil rights movement and is rooted in Frederick Douglass’ advice: Power accedes to nothing without a demand.

We have to roll back all the stop and frisk laws, all the “hold your ground laws,” all the “war on drugs” laws, the endless web of laws that have put one million black people in prison and millions more in probation and parole. We have to demand President Obama enforce the 1964 Civil Rights Act and use his statutory power to withhold federal funds from any agency using those funds in a racially discriminatory manner—from Los Angeles to Chicago, from New York to Houston and everywhere else in between. We need to demand the social welfare state, not the police state—1,000 more buses, 1,000 more teachers, 1,000 more nurses, 1,000 fewer police. When we say Trayvon Martin did not die in vain, we have to fight for the maximum program that his life and his death and his innocence deserve.

The Demands At A Glance:

Eric Mann, a veteran of the Congress of Racial Equality, United Auto Workers and Students for a Democratic Society, and is the director of the Labor/Community Strategy Center in Los Angeles. He is the host of KPFK’s Pacifica Voices from the Frontlines and the author of “Playbook for Progressives: 16 Qualities of the Successful Organizer.” He can be reached at eric@voicesfromfrontlines.com.