Google+ CURBED LA: After civil rights violation claim, Metro is pressed for more data on fare enforcement » Fight for the Soul of the Cities

The claim prompted the federal government to intervene
19
Jan 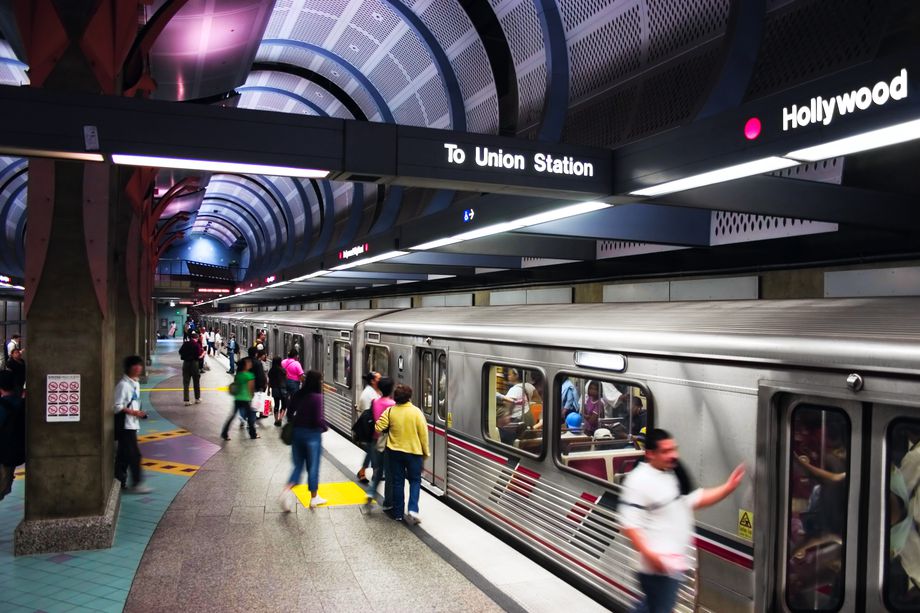 Read this article on Curbed LA

It’s the goal of a lawsuit filed by the strategy center against Metro and three law enforcement agencies. The center claims those agencies have failed to respond to multiple public records requests for data and information about how Metro polices and enforces fares on buses and trains.

“The records that we have been able to get so far indicate that there is disparate treatment, and that African Americans are stopped more regularly, ticketed, arrested,” Lisa Holder, an attorney representing the strategy center, tells Curbed.

Metro said it does not comment on pending litigation.

The strategy center has filed lawsuits against Metro for years for favoring white riders over people of color.

It has gotten some data from Metro in the past. It recently obtained figures that show from each year from 2012 to 2015, black riders—who make up about 19 percent of all bus and rail riders—were hit with more than 50 percent of all fare evasion tickets.

That complaint prompted an investigation by the U.S. Department of Transportation, which resulted in a one-year “period of technical assistance,” where the federal government monitors Metro’s fare enforcement strategies to make sure they comply with Title VI. That law says any agency that receives federal money cannot discriminate based on race, color, and national origin.

In an October letter, Yvette Rivera, associate director of the Department of Transportation’s civil rights office, said her department would work with Metro “… to proactively avoid practices that could have a discriminatory impact on users of the Metro system.”

The one-year period will end November 1.

It sued Metro and its partner law enforcement agencies in December, after they “failed to respond adequately to at least 17” requests for public data, the suit says. According to the suit, the information it sought included copies of complaints from transit riders about police performance and “data, policies, and procedures relating to mechanisms for enforcing payment of fares.”

Metro used to contract with only the Los Angeles County Sheriff’s Department for security aboard its buses and trains. Now, the agency contracts with the sheriff’s department and the Los Angeles and Long Beach police Departments. Metro has said the change was intended to save money and improve security.

“Now that Los Angeles and Long Beach police departments also have this contract, they need to take stock and figure out what their responsibilities to the transit-riding public as law enforcement agencies,” says Holder.

Eric Mann, co-founder of the Bus Riders Union and director of the strategy center, says Metro buses and trains are saturated with police, and it’s a disservice to most transit riders, because it dissuades potential new riders from ever boarding.

“The more you create the idea that the train is a high crime area, the less people want to ride,” says Mann. “All of the police have distorted the image of transit as a dangerous place, when in fact transit is very safe.”

Holder says Metro has made fare enforcement a priority at the the expense of riders.

Metro wants “the train to feel safe for gentrifiers who tend to be white and wealthier than your average subway rider, but that is a misunderstanding of public safety,” she says. “Public safety is not about making the train safe for white gentrifiers at the expense of the people who ride. Police discrimination makes it much less safe for for the people of color, the workers who ride.”

Mann agrees that staffing stations with police or security personnel can be beneficial for all riders—but not if black riders are cited more than people of other ethnicities.

“I think it’s partly why people are riding less,” said Mann. “Criminalizing every element of public life for black people, something as simple as riding the train, contributes to driving black people out of communities they live in.”

“Criminalizing every element of public life for black people, something as simple as riding the train, contributes to driving black people out of communities they live in.” http://bit.ly/2DsJUuC Click To Tweet