Google+ LAUSD school police return armored military vehicle, which is now in Barstow » Fight for the Soul of the Cities 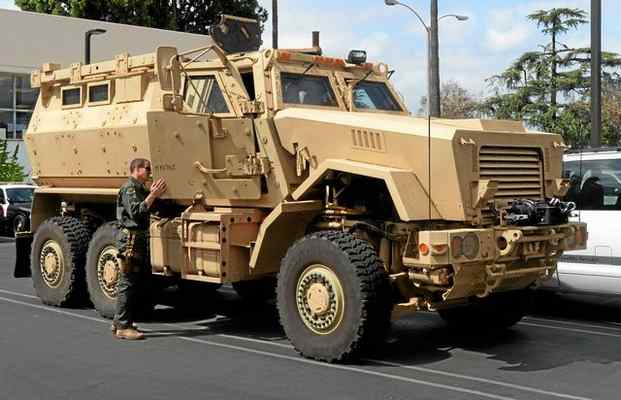 That “1033 program” came under scrutiny in the wake of scenes from Ferguson, Mo., where police confronted protesters with military weapons.

After returning three grenade launchers in September, School Police Chief Steven Zipperman said Friday he sent back the mine resistant and ambush proof (MRAP) vehicle his department received in June.

“We’ve decided that particular vehicle, based on its sheer size and maneuverability and the resources it takes to operate it, wasn’t viable for us,” Zipperman said.

At nearly 20 feet long, the more than 14-ton vehicle was designed to keep troops safe during ambushes in which enemies would blow up the lead vehicle of a convoy, while raining down gunfire on Marines and soldiers who were trapped.